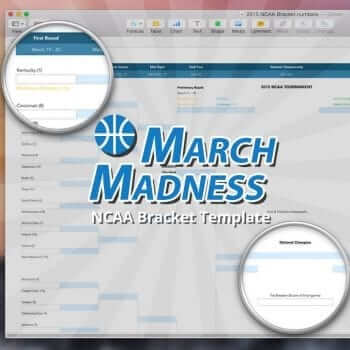 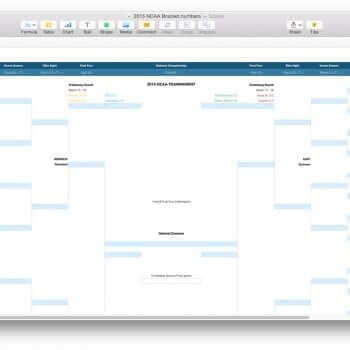 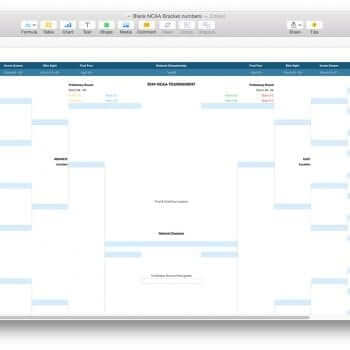 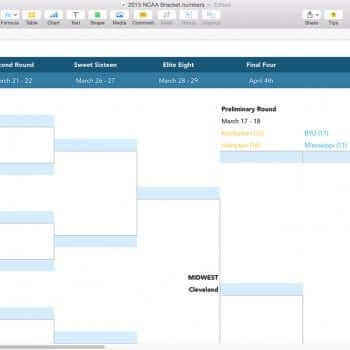 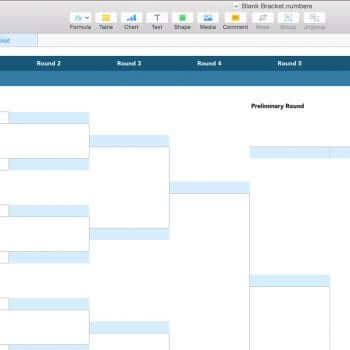 You can make a fun competition with your friends, family, or co-workers to see who get’s the most picks correct with this template. You can print this off for all of them to fill out, or just have a different tab for each member of your competition with their picks. It makes it a great, fun way to enjoy the NCAA (National Collegiate Athletic Association) Men’s Division Tournament.

How to Use This Template:

Either print out or fill out directly in Numbers your picks for each game. You can see the games are separated by first round, second round, sweet sixteen, elite eight, final four, then the National Championship. For each team game, pick your predicted winner and type (or write) in the blue box next to the teams. Fill it out before all the games play all the way until the final championship game. Then once you’ve decided on your winner, put in what you think the total score will be (meaning the losing teams score plus the winning teams score). This will be used for a tie-breaker in the event multiple people got it right. There is no standard for the points system, everyone does it differently. We prefer doing it as follows:

The person at the end of the tournament with the highest point total is the winner. That’s it. We hope you enjoy using this template.

What you get with the NCAA March Madness Bracket Template for Numbers:

*If you don’t have the App Numbers you can download it by going to Mac App Store.

There are no reviews yet.

Only logged in customers who have purchased this product may leave a review. 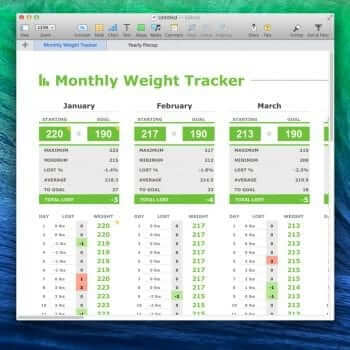 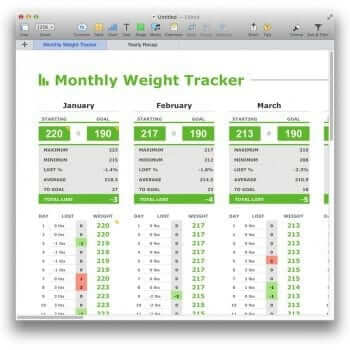 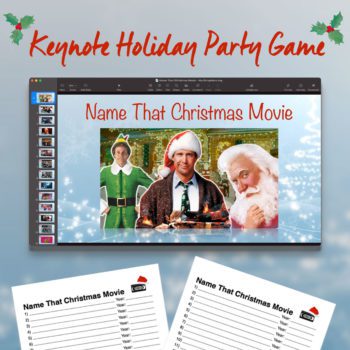 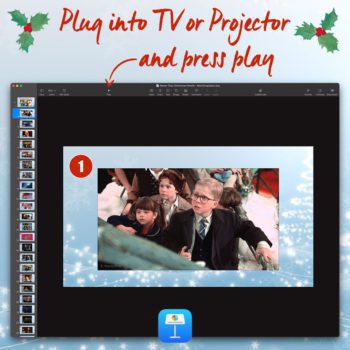 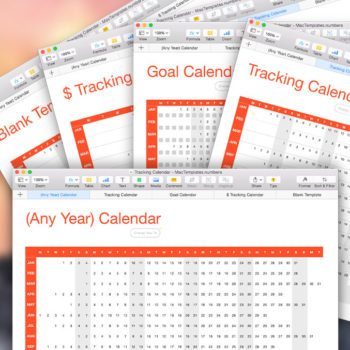 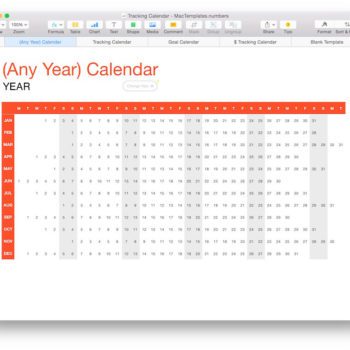 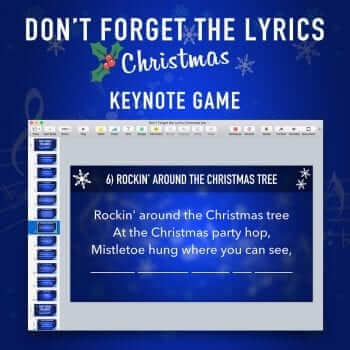 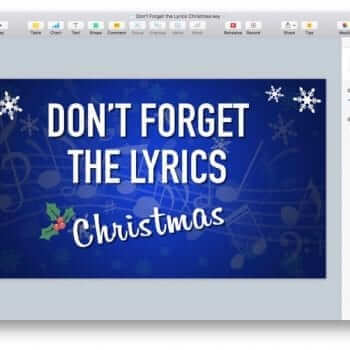 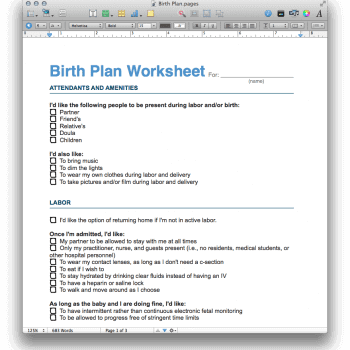 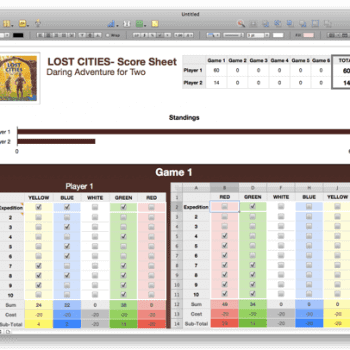 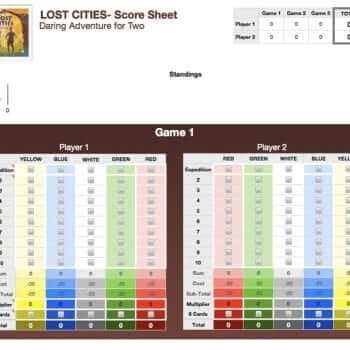 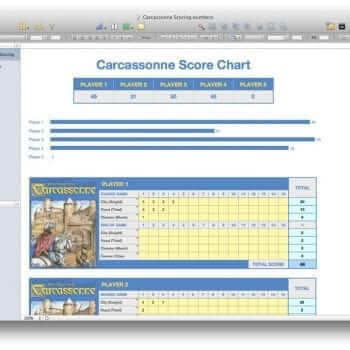 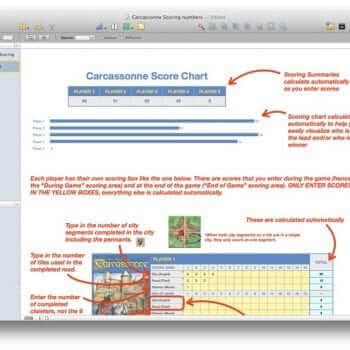 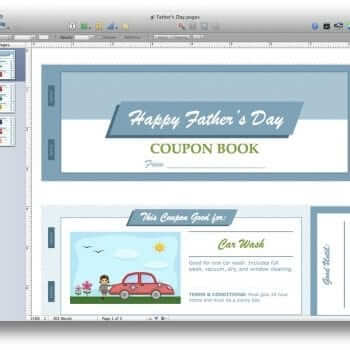 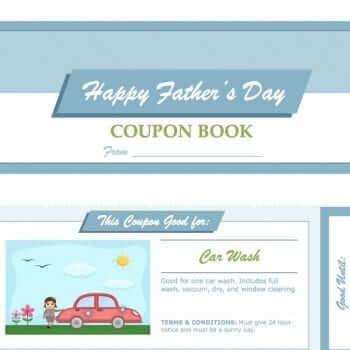